Skip to content
Loading...
Latest news
Successful Business Quotes for Women in Business
Are you living life in the Clutches of Mediocrity? Check out now!
Ultimate Lessons from top Women Entrepreneurs in the World: Meg Whitman
Episode 4-Global Women Talk (GWT): Should we Cancel People or Not?
Activate And Recentre Your Inner Compass: Personal Leadership Skills You Need to Learn-Episode 12
Leadership 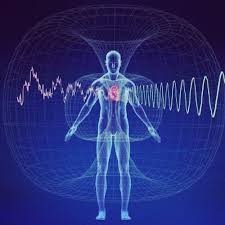 Womenlines takes pleasure to share about Leadership Coach Sally Anderson as a guest influencer for Leadership at Womenlines panel from New Zealand. Sally has privately coached key influencers internationally: CEO’s/executive teams/C-Suite forums/entrepreneurs/celebrities/politicians/millionaires/billionaires over 20 years. This week Sally is sharing insights related to how to use your energy as a leader-

You might find this of the article of particular interest today as I have NEVER seen or heard anyone writing or talking about the important topic of ‘energetic power leakage’ in leadership before and I believe leaders deserve to be taught more about of the non-linear skills as a leader, why?   To lead in the slipstream, in the vortex, in the zone 24/7 is superior leadership at its best and this directly produces exponential results beyond imagining. Who doesn’t want that!!!

After a great performance, athletes have described a feeling of being “in the zone.” In this state, they feel invincible, as if the game slowed down, the crowd noise fell silent and they achieved an incredible focus on their mission.

In positive psychology, a flow state, also known colloquially as being in the zone, is the mental state in which a person performing some activity is fully immersed in a feeling of energized focus, full involvement, and enjoyment in the process of the activity.

Being in the vortex energetically means you’re at one with who you really are, you’re feeling fab, and in vibrational alignment to your desires. It’s represented by feelings like enthusiasm, inspiration, passion, joy, and appreciation

Centred in the slipstream there is a sense of completeness, comfort with oneself and journey of life – if you have seen the movie ‘Finding Nemo’, all the turtles are ALL over the place AND THEN they get into the slipstream and it just takes them and propels them forward as a collective.

Today’s article however is specifically about ENERGETIC POWER LEAKAGE which I believe is not spoken about nor distinguished where leadership is concerned. What do I mean you might ask? I have had the privilege to coach leaders for over 2 decades and OFTEN I find that in a high percentage of instances they experience backlash, rebuttal, adverse reactions when they are NOT OWNING THEIR POWER energetically. If you are not aware of your energy as a leader it can have a massive impact on your effectiveness as a leader.

I often talk about the difference between knowing you are powerful versus OWNING your presence, two VERY different states from which to operate. Those who OWN their presence STANDOUT, they have charisma, that unquantifiable X factor when they show up in the room, they do not have to say something or do anything but energetically they have the attractor factor BIGTIME and their impact is IMMENSE!

When you know about ENERGY LEAKAGE as a leader you can completely change how you occur for people.  A leader who does not leak energy is able to command a presence that produces superior results. Intimidation comes with the territory of being powerful but it amazes me the number of leaders who do not realise this. I get your intention is not to intimidate BUT there is a difference between intentionally intimidating someone from a disempowered perspective VERSUS OWNING who you are, being a force of nature, this type of intimidation is empowering for it is something to aspire to. Someone who holds the space can command authority and respect to new dimensions.

I will share an example from my own corporate life many moons ago.

NOTE: Reference to listening below means:

The context – Default Automatic Listening is a ontological distinction

In this context listening means: Default mode – what you hear in another from your default negative programming based on evidence you have found historically. Our default automatic listening is the process of ‘making meaning’ from what you hear and observe

I was appointed to Chief Information Officer for Ansett New Zealand back in 1999, pre-Y2 K. It was an honour and a privilege to lead a cultural change program nationwide at that time. I conducted a roadshow throughout New Zealand and met with Engineers, Pilots, Flight Attendants, pretty much every area of the operation to understand the lay of the land. There was a lot of disgruntled news going on at the time due to the magnitude of change that was being introduced and they had heard about the appointment of this woman called ‘Sally Anderson’ as the new CIO – each workshop I walked into energetically was VERY heavy. Before I started every meeting, having heard through the grapevine, I had earnt a reputation of being a ‘ball crusher’ (pardon the term) I facilitated a round-robin conversation about how everyone was feeling – I spoke directly into space and as you can imagine it unearthed the gold….why did I do this, well I found it interesting because A/No one knew me B/No one had met me C/No one had experienced how I operated and yet I had already been sentenced with this listening. So, me being me, I knew I had to interrupt this before I could embark on the change initiative I was charged with.

What’s my point. If I did not OWN my presence, OWN my power I would have been dead in the water. If I did not speak into space I would have been annihilated in a heartbeat. Energetically I had to shift the energy in the room WELL before any change of any significance could be introduced. When we did the round robin I also asked them what their listening was of me, what had they heard – called the PINK ELEPHANT in the room – well that was an eye-opener! Ball crusher, bitch from hell, slasher, names of this ilk – I gave them full permission to say what was there…once what was previously unspoken was out in the open we could talk about it – the energy went from seriousness, significance and drama to HUMOUR! I dismantled the listening and introduced who I was, what I stood for, how I operated and requested their support to give up their listening and judge on me on my merits as we ALL went on this change journey together. I was not leaking energy that day I can tell you that for free!

When you OWN your presence and stop the leakage energetically you do not attract as much resistance, backlash or rebuttal, it’s extraordinary to experience for its all an energetic decision NOT an analytical decision BUT you have to know about it to shift it!.

Are you looking out for physical health, leadership skills, mindset health and image branding strengthening tools to be the best version of yourself? Subscribe to weekly powerful updates of the online magazine! Click https://www.womenlines.com